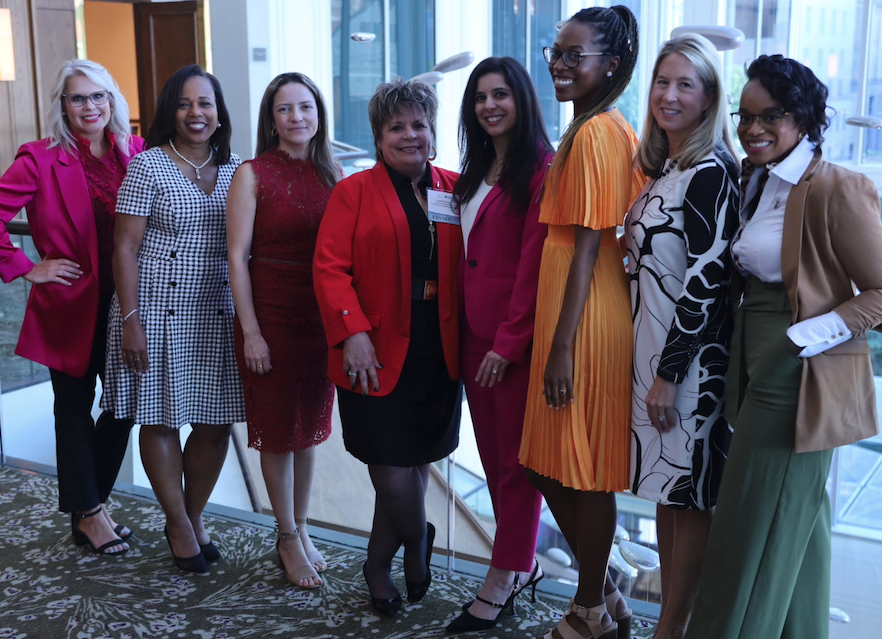 The Pittsburgh Technology Council honored the Pittsburgh region’s most influential women at the 2022 ATHENA Awards Program of Greater Pittsburgh event on September 9, 2022.

Two recognitions are presented at its annual luncheon: the traditional ATHENA Award—which since 1990 has celebrated women who demonstrate excellence in their profession, contribute to their community, and mentor others—and the ATHENA Young Professional Award—created in 2011 to highlight a woman age 35 or younger who dedicates her time and talent to helping other women and girls to thrive.

The ATHENA Awards event in Pittsburgh is one of the largest annual gatherings among the hundreds of ATHENA International events presented around the world.

This year’s event drew more than 400 participants to celebrate the accomplishments of both recipients and finalists. 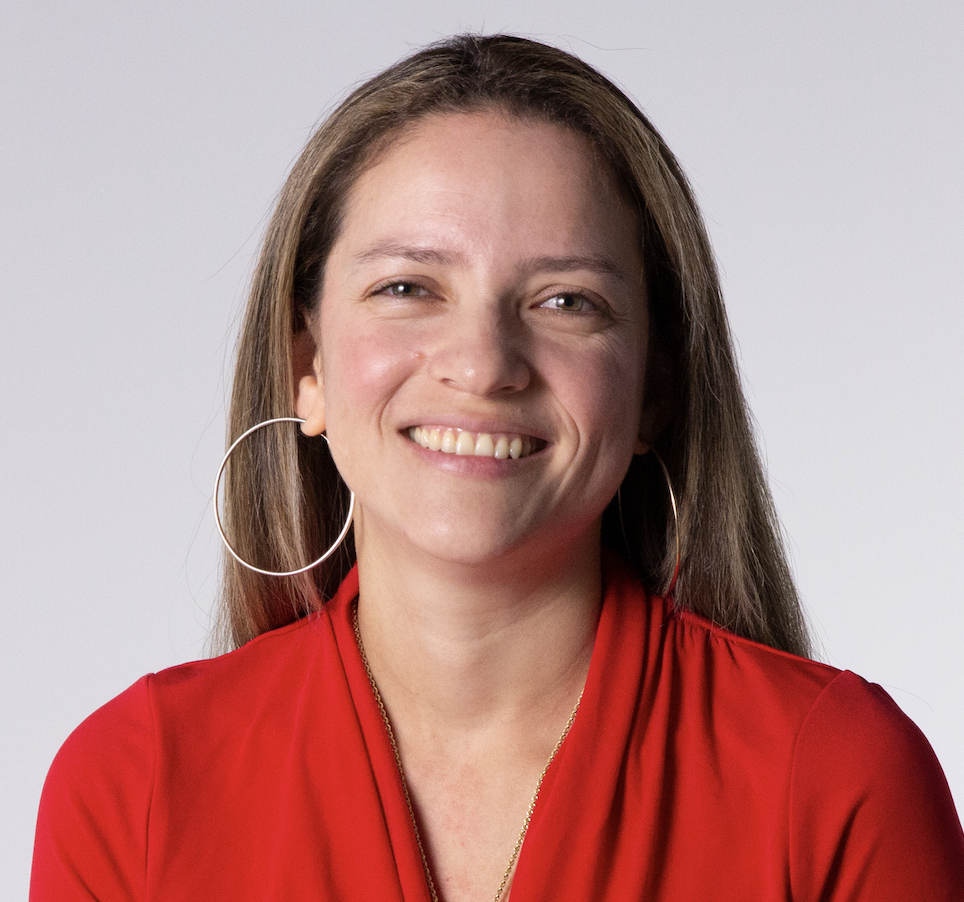 Born in Colombia to a large, supportive and loving family of agriculturists and ranchers, Luz Blandon has been most influenced by her grandmother and namesake, Esneda, who survived great hardship and trauma during La Violencia, a period of civil war in Colombia that lasted 50 years. La Violencia claimed her first husband’s life, leaving her destitute with three children. Despite this, she picked herself up and thrived as a single woman with young kids. All six of her children have become highly successful and Luz attributes that to her grandmother’s resilience. Esneda created a school for poor children in the surrounding villages and to this day continues to support numerous children in need, another reason why she continues to be an inspiration to Blandon.

Blandon was born in a church in a remote village, Riomanza, in the mountains of Colombia. Her first job was as a child, selling lemons in the street from the tree that grew in her backyard. She owned her first business at the age of 17, later earned a BA in Business from the University of Bucaramanga, and is currently finishing her MBA at Penn State University. In 2005, Blandon left Colombia with her husband and worked in international education as an educator and administrator. Along with her husband and oldest son, Blandon did this for 10 years which took them to Ecuador, Tanzania, Kuwait, Guatemala and Venezuela.

Blandon began work with the Holy Family Institute in 2014, starting as a Youth Care Worker.

As Holy Family Institute often serves families experiencing significant trauma, it can be easy for one in Blandon’s role to see a lot of adversity in the world. However, Blandon looks at adversity as opportunity: another opportunity to work and solve problems. She is optimistic about the future. She has an amazing family and friends, she loves her neighbors, and she is grateful for the community she has become a part of in Pittsburgh. 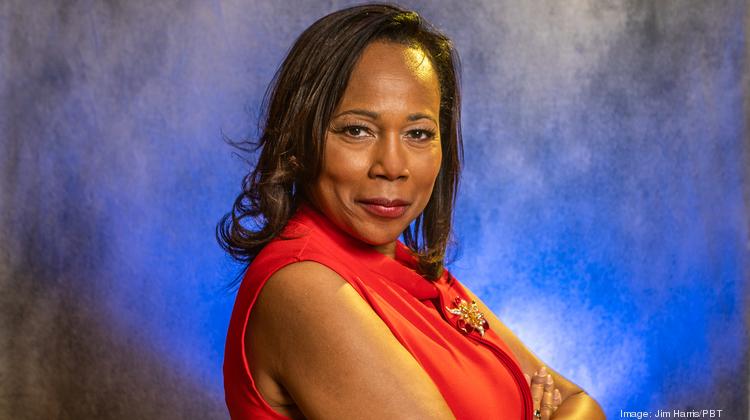 Dr. Trisha Gadson is the Chief Executive Officer of Macedonia Family and Community Enrichment Center (FACE), a community based, social service organization that specializes in engaging and partnering with families and communities. Gadson’s mission-driven strategic skill set has enabled her to develop a team at Macedonia FACE that served more than 4,500 households in the last year and—due to an unprecedented demand for service—led the agency to respond to a 200% increase in programmatic need. Following 12 years of service at Macedonia FACE, Trisha is leaving her current role at the end of September and will join the team at the Jefferson Regional Foundation as CEO. 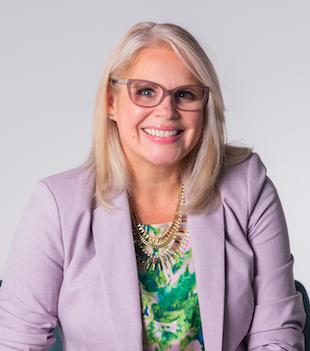 Hollie Geitner changes the world through storytelling. As Director of Communications for Duquesne Light Company (DLC), she uncovers and shares stories to help educate, inform and inspire more than 1,700 employees and 600,000 customers.

Prior to her role at DLC, she was Vice President, Culture and Brand Ambassador for WordWrite, a public relations and digital marketing agency. During her eight years there, she counseled clients on bridging the gap between truth and misunderstanding, especially in times of crisis. In addition to her client responsibilities, she was accountable for the firm’s sales and marketing efforts where she collaborated with the entire team to showcase WordWrite’s expertise in the Pittsburgh region and beyond.

Before joining the agency world, Hollie held various PR and marketing positions, including roles at Highmark, Allegheny Energy, and the Pittsburgh Downtown Partnership. 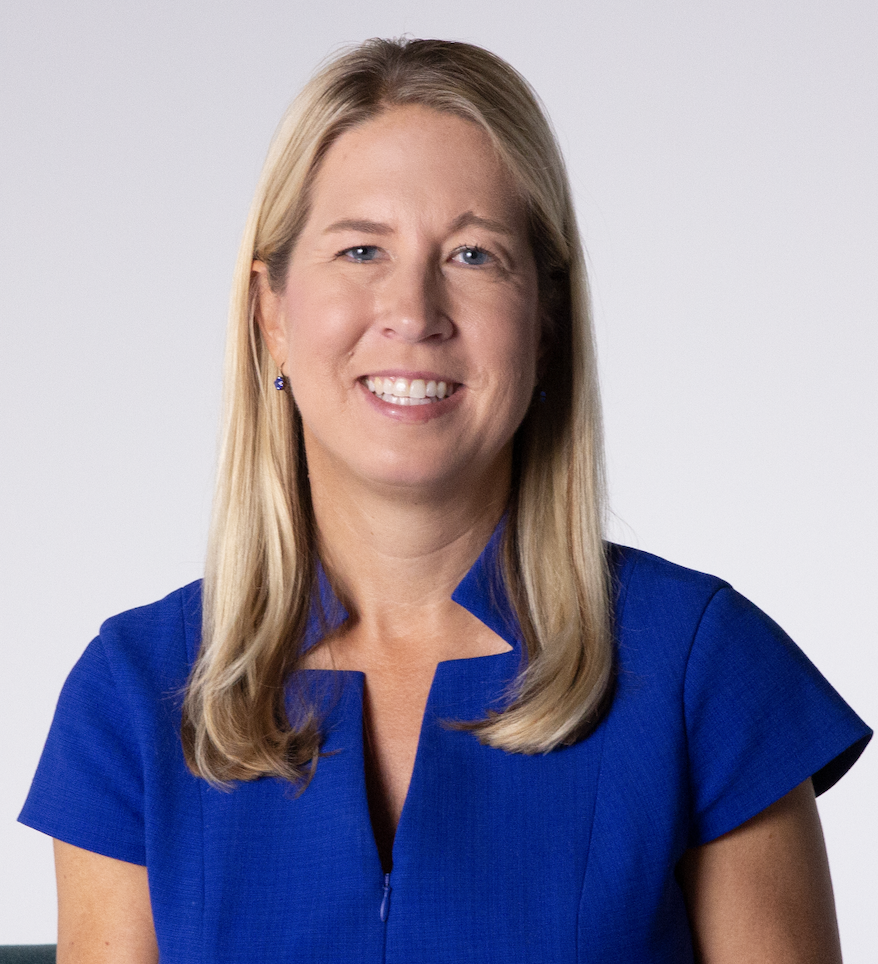 Prior to being named to her current position in December 2013, she served as Senior Vice President and Finance Governance and Oversight Director responsible for the oversight of enterprise-wide SOX section 302 and 404 activities, including the reporting of SOX matters to the SOX steering committee, disclosure committee, and audit committee. She was named Executive Vice President in April 2014.

Juchno serves on the board of directors and finance committee of the Veterans Leadership Program. She is a member of the board of directors of the United Way of Southwestern Pennsylvania and is on the United Way Women’s Leadership Executive Council. In addition, she serves on the advisory counsel for the Humane Animal Rescue and serves as the chair of the Finance and Audit Committee, as well as the board of trustees at Gannon University. 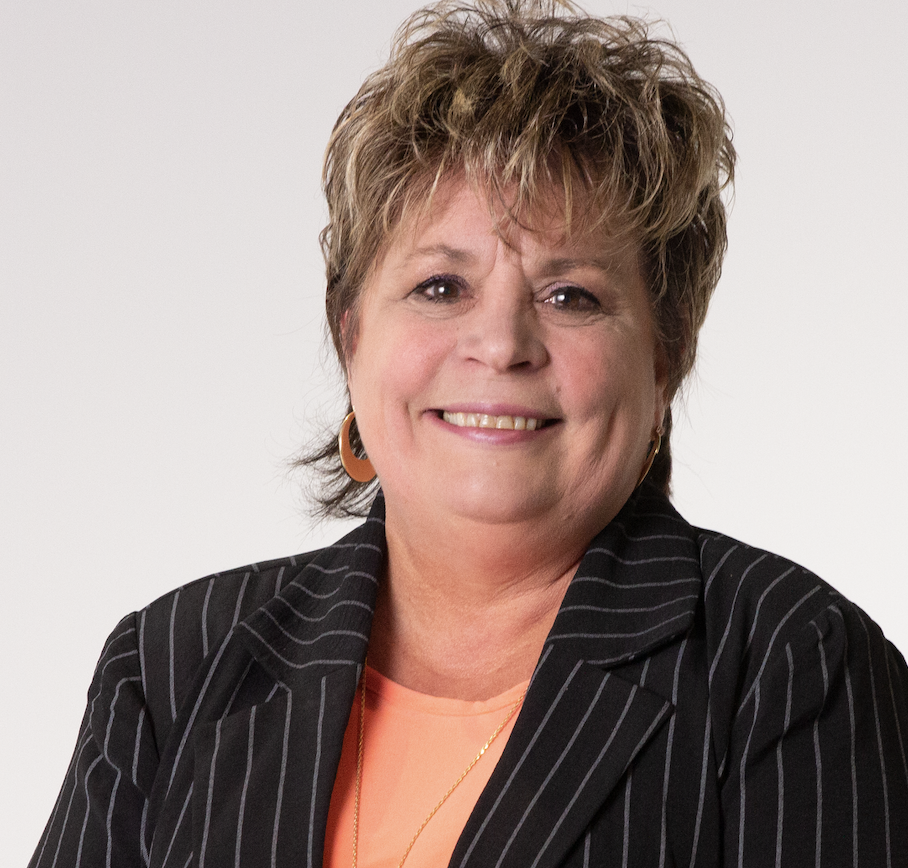 Cynthia Oliver is currently the Executive Director of the Three Rivers Business Alliance and the LGBTQ+ regional Chamber of Commerce. She has spent the last 30 years working as a nonprofit consultant and CEO in addition to owning and running several small businesses.

After working for the county department of transportation and the local Private Industry Council, Cynthia started her professional ascent in 1987 as the youngest Executive Director of a Girl Scout Council at Thousand Island Girl Scout Council in upstate New York. Here she was in the first cohort to earn the professional designation of nationally certified Executive Director.

She returned home to Pittsburgh to lead the Westmoreland Girl Scout Council, the Allegheny/Westmoreland County Mothers Against Drunk Driving Chapter, the East Liberty Chamber of Commerce, and Young Rembrandts school program. She considers her time and training at the Girl Scouts as the gold standard, giving her the solid foundation of skills and training needed to be a successful executive and teaching her to become a servant leader. She built upon this receiving the additional designation of Certified Fund-Raising Executive. 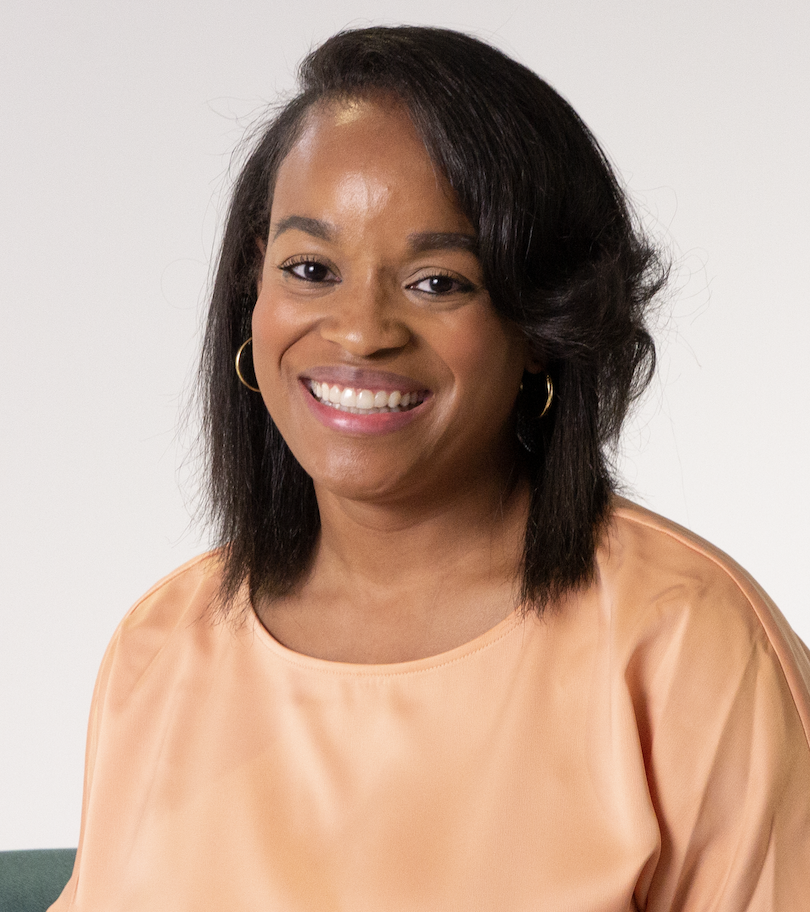 Aleta Heard is an award-winning leader in the community and in her technical profession. She has been recognized as a Woman of Excellence by the Pittsburgh Courier in 2018, 30 under 30 by Pittsburgh Business Times in 2020, nominated for the Pittsburgh ATHENA Young Professional Award in 2018 and Tomorrow’s Promise – PA Bankers Award in 2022.

Heard’s education empowered her to pursue a technical career, beginning in 2016. She initially started out in Human Resources, hiring employees to fill technical roles then transitioned into a more technology driven career, configuring and concatenating networks and switches. Shortly after, Heard migrated into a global technical support engineer role where she created and implemented new processes for an online ticketing system and published knowledge articles for users and clients, and she onboarded new employees.

Heard then accelerated her career by moving into a Field Technician role repairing computer software and hardware issues. Not long after being promoted into a Software Developer and Senior Systems Analyst role, she became a certified Agile Product Owner. She transferred her skills from a national fintech company to a global investments bank where she is currently a VP in Asset Services and Digital as a Regulatory Business Solutions Product Owner over the United States and Canadian Custody territory.

Along with being a notable employee of BNY Mellon, she is also CEO and Founder of Masters of Maternity, a dual sided platform for moms to build their birth team and journey using modern technology. Heard is also a founding mother of the PA Doula Commission and serves as Vice President on the Board of Directors. In her work with the PA Doula Commission, she strives to bring promotion, protection, and recognition to the doula profession.

Outside the office, Heard is passionate about family and friends, traveling and she enjoys reading. Fun fact: She was a skilled ballerina for about 20 years prior to her technical career. She gives her dancing career credit for her grit and competitive edge. 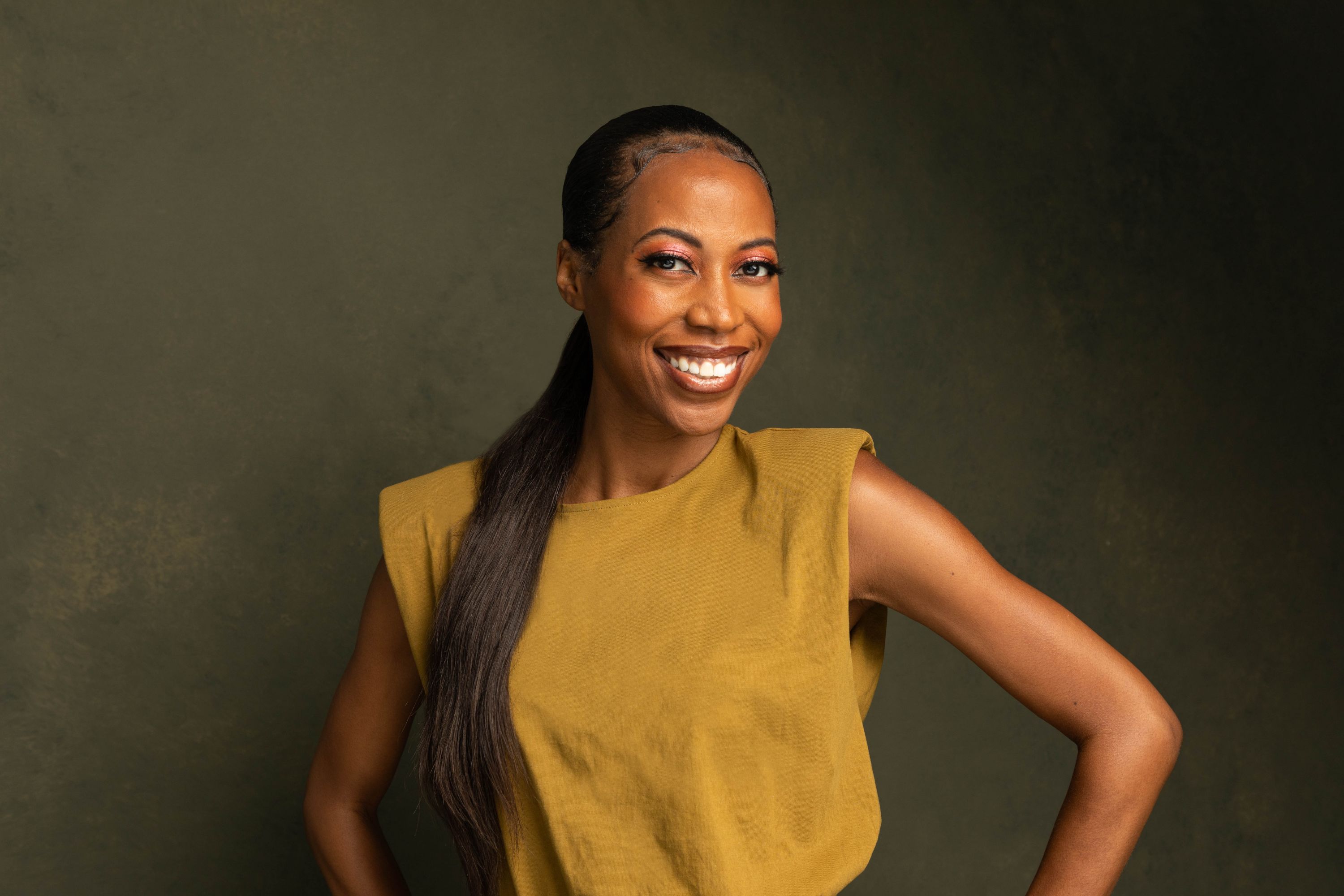 Sam Schmitt has been a lifelong Pittsburgher and an educator in the region for the past 14 years. Growing up in the Monroeville area with her parents and brother, Schmitt had always dreamed of becoming a teacher. She is a graduate of Duquesne University, obtaining degrees in Elementary Education, Special Education for grades K-12, and Administration K-12.

Beginning her career in the Duquesne City School District, Schmitt served as a general education classroom teacher, learning support teacher, Instructional Coach for Science and STEM, and Dean of Students. She credits her years at Duquesne for helping to develop her skills and passion for education. Currently, she serves as the Coordinator for Equity, Inclusion and Justice, as well as the Director of Student Services for grades K-5 at The Falk Laboratory School of the University of Pittsburgh. Within the role, she has the opportunity to work with students, faculty, and families to ensure equitable learning opportunities are available to all, as well as cultivate the celebration of all identities. 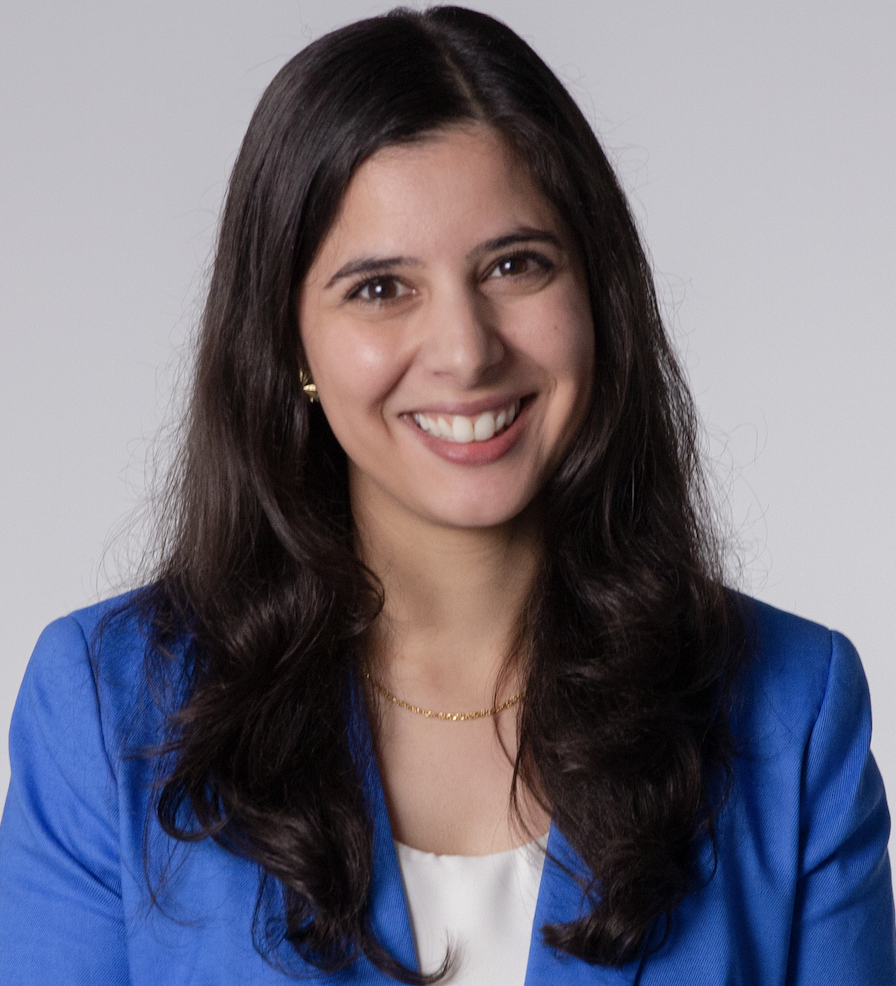 Shireen Thomas, Director, IT Operations - Office of the CIO, UPMC

In her role, Shireen Thomas is responsible for leading a team to facilitate all aspects of the Office of the CIO in the planning, organization and execution of strategic technology initiatives for UPMC’s Information Technology division, which employs more than 2,300 IT professionals.

Thomas has experience with collaborating and building partnerships with all levels of staff, executive management and customers to facilitate strategies and operational plans for technology programs. She is also one of the founding leaders of UPMC’s Women in IT initiative, which aims to inspire, empower, and promote female technology career paths at UPMC and in the community.

Thomas recently began teaching as an Adjunct Instructor at the University of Pittsburgh. She teaches the Introduction to Health Information Technologies and Emerging Technologies course within the Health Informatics undergraduate program. Outside work, she volunteers her time as a mentor for the Pennsylvania Women Work 3 Cups of Coffee Program and is also the former Secretary of the Western Pennsylvania Healthcare Information and Management Systems Society (HIMSS) Board.