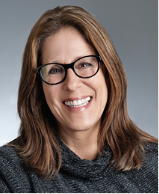 Right after the murder of George Floyd, Pittsburgh Technology Council Board Chair Jason Wolfe and I met with four groups of CEOs/founders to talk about the impact of Black Lives Matter (BLM) paired with COVID-19.

We released a joint statement to the tech community/our membership indicating that we planned to have closed conversations via Zoom, to talk about the pulse of their respective companies, concerns that had escalated about diversity, leadership and attraction/retention of talent. It was time to stop and listen.

In addition to the formal sessions, we also hosted more intimate conversations about ways that we, as leaders and members of the Tech Council, could begin to address our own gaps in programming, services, tools and general support as we navigated which became glaringly clear: our respective gaps.

In early June, the Tech Council will announce a bold first step around a major economic inclusion effort addressed at finding and then developing talent from corners of the region that are all too often forgotten, marginalized and over-looked.

Jason and I also had several one-on-one conversations with people who were community stakeholders and influencers of change. This process took months. We were committed to listening, taking notes and collating sentiment because COVID-19 paired with BLM compounded the discussions. While we hosted formal listening sessions, we also connected with countless leaders who were either not able to attend the sessions we held or had not been originally included in our outreach.

Our initial focus was on tech company CEOs and founders, but our circles grew quickly and concentrically with each discussion. It became quickly apparent that the groundswell of those who wanted to discuss these matters were across and far beyond membership.

The meetings produced some of the most profound conversations and insights of my career. The biggest, loudest takeaway is that Pittsburgh’s technology industry must become more diverse and inclusive. Simply put, the economic promise of prosperity hasn’t been available to everyone. It is not negotiable. We must and will do better.

To be sure, we talked about issues that went far beyond the tech sector and the roles that we can play in economic prosperity.  With that said, this is one of the earliest areas that our team has targeted for initial action.

In early June, the Tech Council will announce a bold first step around a major economic inclusion effort addressed at finding and then developing talent from corners of the region that are all too often forgotten, marginalized and over-looked.

Through this initiative, employers will have the opportunity to diversify their own teams and onboard key talent for roles in software development; they can and will transform lives.

I have never been so excited for a Tech Council/FortyX80 (our nonprofit arm) initiative to launch.

If you are a tech company or business, looking for software developers and are ready and willing to invest in mentorship/training to access new and diverse talent, be sure to look for our announcement this June.

In the meantime, we are still synthesizing those conversations from last summer, fall and winter. We are planning more steps and moves to make Pittsburgh’s tech and business ecosystem accessible to everyone and anyone.

There will be more lessons to be learned along the way along with continual course correcting on this important journey. Expect more.