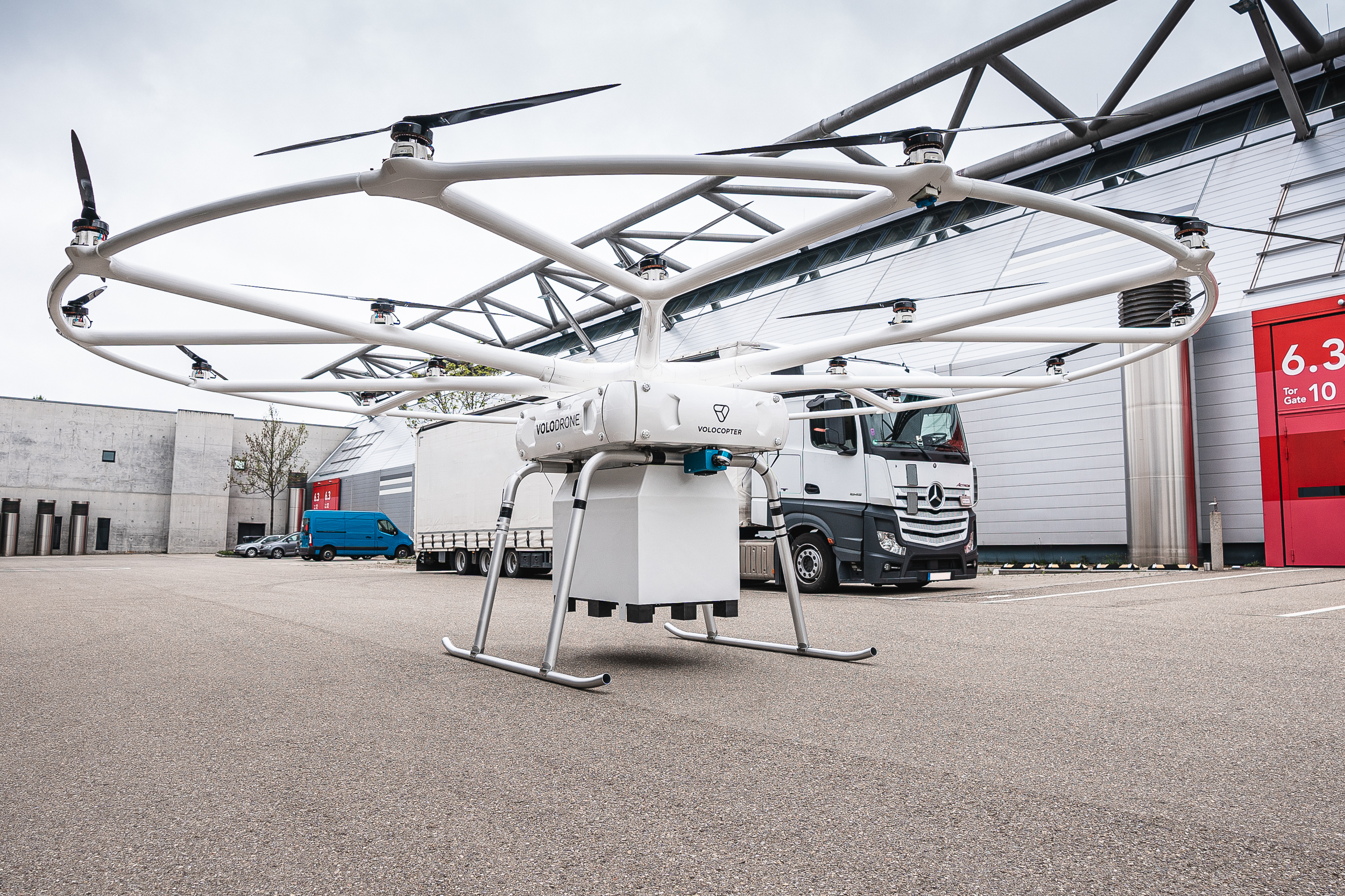 Volocopter brings ten years of eVTOL flight testing experience with over 1,000 flight tests to the project. Its VoloDrone vehicle is designed to safely transport cargo where conventional ground-based transport is limited (due to topography, regulation, or simply congested areas of traffic). Near Earth Autonomy has conducted 3,500 flights lasting over 2,000 flight hours of their cutting-edge autonomy system across various aircraft types, sizes, and environments in the last eight years of aerial autonomy development. Together they will aim to establish standardized BVLOS capabilities for VoloDrone missions within the business-to-business transport sector.

“We are very excited to work together with the leading player in the aerial autonomy industry,” said Christophe Hommet, Volocopter Chief Engineer VoloDrone. “Near Earth Autonomy has years of experience, shown real results, and is going to help our VoloDrone stay ahead of the curve with autonomous capabilities.”

As a pioneer of urban air mobility, Volocopter is currently preparing for their commercial launch of UAM services within the next three years. These services are planned to function within a UAM ecosystem to promote greater connectivity in congested urban areas with sustainable, aerial solutions. This ecosystem will be composed of electric air taxis (VoloCity and VoloConnect), electric heavy-lift drones (VoloDrone), their respective infrastructures (VoloPort), and a digital connective platform (VoloIQ).

Sanjiv Singh, CEO of Near Earth Autonomy, commented, “Volocopter’s track record, unique safety design, and vision have established it as the leader in the eVTOL industry. We look forward to proving autonomy systems for their aircraft. Our shared vision of the future, and safety as an integral part of it, makes this an ideal partnership.”

Near Earth has already integrated their BVLOS autonomy systems with full-scale helicopters, both in piloted and remotely piloted configurations. Together with Volocopter, they will adapt their autonomy technology to seamlessly integrate with the overall eVTOL architecture while addressing the challenges of weight, power, and cost. To start, the partners will utilize subscale testbeds equipped with Near Earth Autonomy’s technology and Volocopter’s control systems to test the BVLOS capabilities in a controlled environment.

After adapting and testing the BVLOS capabilities on subscale platform to leverage the Volocopter specific flight characteristics, the same technology will be used on the full-sized VoloDrone to prepare for fully autonomous flight for future logistics use. The VoloDrone, Volocopter’s electric heavy-weight cargo drone, can carry a 200 kg payload 40 km and will add a decisive edge in sustainable business-to-business transport over difficult terrain. BVLOS capabilities would help VoloDrones achieve autonomous aerial cargo transport. Volocopter’s projected market opportunity for VoloDrone services is estimated to be ~ $120 billion by 2035.

Volocopter is building the world’s first sustainable and scalable urban air mobility business to bring affordable air taxi services to megacities worldwide. With the VoloCity, the company is developing the first fully electric “eVTOL” aircraft in certification to transport passengers safely and quietly within cities. Volocopter leads and cooperates with partners in infrastructure, operations, and air traffic management to build the ecosystem necessary to ‘Bring Urban Air Mobility to Life’. In 2011, Volocopter performed the first-ever crewed flight of a purely electric multicopter and has since showcased numerous public flights with its full-scale aircraft. The most notable have been the public test flights at Singapore’s Marina Bay in October 2019 and the world’s first autonomous eVTOL flight in Dubai 2017. Volocopter is also developing products for the logistics space with their heavy-lift

cargo variant, the VoloDrone. Founded in 2011 by Stephan Wolf and Alexander Zosel, Volocopter has 300 employees in offices in Bruchsal, Munich, and Singapore. The company has raised a total of €322 million in equity. Volocopter‘s investors include Daimler, Geely, DB Schenker, BlackRock, and Intel Capital amongst others.

About Near Earth Autonomy

Near Earth’s technology allows aircraft to autonomously take-off, fly, and land safely, with or without GPS. Their solutions enable aerial mobility and inspection applications for partners in the commercial and defense sectors. Near Earth bridges the gap between aerospace and robotics with complete systems that improve efficiency, performance, and safety for aircraft ranging from small drones to full-size helicopters. Their work won the 2018 Howard Hughes Award, which recognizes outstanding improvements in fundamental helicopter technology, and was a 2017 finalist for the Collier Trophy, one of the top aviation awards in the world.