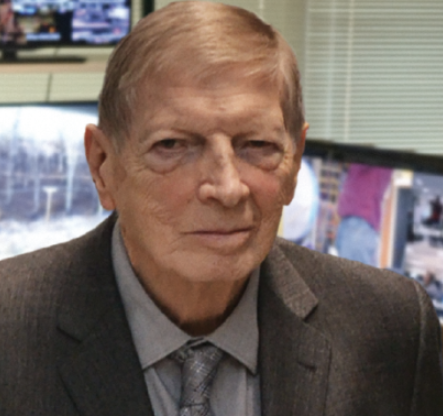 Compunetix today is proud to announce that they will be inducted into the Space Technology Hall of Fame during the Space Foundation's 36th annual Space Symposium held in Colorado Spring, CO on March 30 to April 2, 2020. As one of three organizations inducted in 2020, Compunetix will be honored for the company's role in designing, developing and commercializing sophisticated and scalable collaborative voice communication platforms for NASA space missions. Dr. Giorgio Coraluppi, President and founder of Compunetix will also be individually honored at this event.

Developed and engineered to NASA requirements for complex mission communications, the initial Voice Switching System (VSS) - and its successor, the Voice Communications System (VCS) - was delivered to Goddard Space Flight Center and was designed around the core technology of a patented non-blocking switch algorithm. This 4000-port system was utilized to provide group voice and data communications connecting all of the people on the ground and in space in a new way that enabled immediate rearrangement of endpoints without interrupting the communication flow.

"Compunetix is honored to be recognized for our efforts in expanding the capability and commercial application of multipoint voice conferencing. The innovative work we produced for NASA in the 1980's directly set the stage for the current convergence around digital collaboration workspaces," explains Dr. Coraluppi. "The success produced at Goddard resulted directly into the expansion and acceptance of our platforms for private corporations, communication service providers and government agencies."

The VSS and VCS platforms were developed to upgrade NASA's capabilities for ground-to-space coordinating communication. The system needed to instantaneously share voice and data within multiple, geographically separated, interchangeable groups. NASA also required a second layer of capability so that mission controllers could listen in and drop into each of those separate conversations at any time. By 1992, the new 4,000-port system had been installed, and after testing, it entirely replaced NASA’s previous communications system.

"Compunetix is honored to be recognized for our efforts in expanding the capability and commercial application of multipoint voice conferencing. The innovative work we produced for NASA in the 1980's directly set the stage for the current convergence around digital collaboration workspaces," explains Dr. Coraluppi.

The successful execution of these contracts with NASA enabled Compunetix to begin delivering similar systems across multiple industries in support of the emerging electronic collaboration market. The patented technology enabled service providers and operators to begin managing the participants and content in a call, rather than a collection of hardware ports. This greatly increased the effectiveness of conferencing and has resulted in the explosion of electronic meeting capabilities across the communication spectrum.

In 1968, Compunetix was founded by Dr. Giorgio Coraluppi for the purpose of developing and producing complex information processing systems. Currently, the company is the global leader in carrier-grade multimodal conferencing and collaboration solutions including VoIP HD and encrypted video, all powered by superior design. With well over one million ports installed in more than 35 countries, the company has the industry’s largest worldwide deployment of digital collaboration solutions. Compunetix engineers and manufactures all aspects of its conferencing equipment, ensuring its customers that their media processors are the highest quality, most reliable and most flexible solutions on the market. For more information, call Robert Haley at (412) 858-6209, or visit Compunetix at www.compunetix.com.

About the Space Foundation

Founded in 1983, the Space Foundation is a 501(c)(3) nonprofit and the world’s premier organization to inspire, educate, connect, and advocate on behalf of the global space community. It is a leader in space awareness activities, educational programs, and major industry events, including the annual Space Symposium, Space Certification™ and Space Technology Hall of Fame® programs. The Foundation recognizes space-based innovations that have been adapted to improve life on Earth.